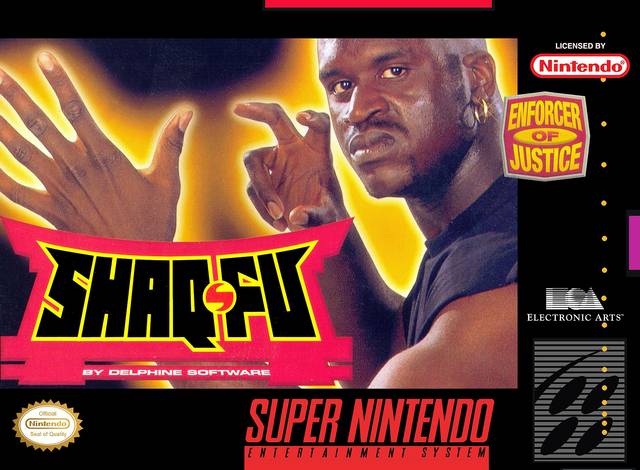 Shaq Fu is a 2D fighting game that released on Sega Mega Drive and SNES back in 1994, featuring US basketball player Shaquille O’Neil. Despite getting some decent reviews at the time, the game is widely regarded as being a bit crap.

How appropriate then, that it’s being re-imagined for a new generation of gamers by developer Saber Interactive, who brought us the slightly dodgy NBA Playgrounds. Early adopters of this arcade-style basketball game on Nintendo Switch will recall the shambles of its launch on the system, having to wait months for online gameplay and receiving patches/updates significantly later than the PS4/XBox One version. The game is a lot better now though, and by way of an apology, Saber promised Switch owners who bought NBA Playgrounds before 10 June 2017 a free copy of Shaq Fu: A Legend Reborn.

Given Saber’s unfortunate record on the Switch, many doubted Shaq Fu would ever see the light of day on the system, so it’s great to finally get more details about the game. Launching in Spring, the game is getting a physical release, as well as digital. The box art can be found below: 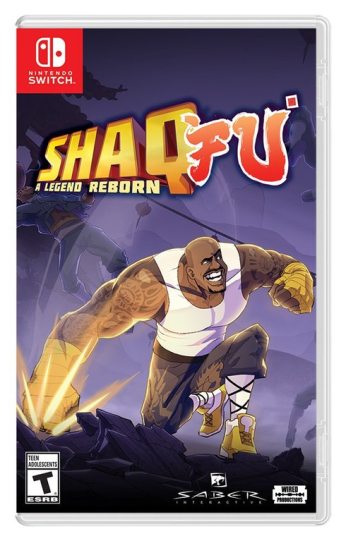 As with the original game, you take on the role of legendary basketball player Shaquille O’Neil as you fight through hordes of bad guys using your fists and an array of weapons such as baseball bats and shuriken. To be honest, this game looks so bad it may actually turn out to be good, mindless fun. And judging by this tongue-in-cheek gameplay trailer that appears to be exactly what Saber Interactive are aiming for.

The original game has perhaps unfairly gained a reputation as one of THE worst games – check out Superfox5’s gameplay video of the original SNES game to see what all the fuss is about. It’s certainly got a bit of a cult status and I’m looking forward to checking out this new version on Nintendo Switch.

As one of those who bought NBA Playgrounds in the hope that it would emulate NBA Jam, I’m intrigued to see how Saber Interactive handles this new game on Switch. It will be interesting to see if (and how) they follow through with their promise of a free version of Shaq Fu: A Legend Reborn for early adopters of their initially flawed basketball game.